While seeking for a system that accommodates progress and innovation in a world that has evolved in an intricate web of telecommunications, deregulation was conceived by European policy makers as the most efficient manner to foster the dynamics of this market.  Liberalization of the market gave rise to the present threefold regulation system which governs the sector- European general competition law combined with sector-specific regulations and national regulatory organizations (NRAs). Therefore, Sector-specific regulations is a corollary of the liberalization  process, which was devised for furthering competition in order to shift toward a free market which will benefit the society at large.  These sector regulations are competition principles that are transposed into the national legislation, and applied ex ante.

Some commentators argue that they deemed to phase out as the market reaches a certain degree of maturity, whereupon leaving the sector to be solely regulated by generic competitions rules. Yet, other arguments advocate that if the system were to be only regulated by general competition law, it will fail to address the intrinsic difficulties that this economic sector entails. In any case, generic competition law appears to be primary legislation  and it seeks to ensure and promote competition ,whereas sector regulations is denoted as secondary regulation and is endowed with leeway for pursuing  the same common goal. Therefore, an analysis as to the application in practice of these two set or rules is crucial in order to determine the efficiency of this sweeping market which is yet in an early phase of development. The analysis will be carried out in light of the judgment given in Deutshe Telekom.[1] This is a landmark case which enlightens some of the complexities of the aftermath of the liberalization process, as many companies still retain a large share of the market and have control of indispensible inputs, inciting anticompetitive practices which challenge the regulatory framework in place.

Sectoral rules are employed to prevent abuse by part of the dominant company and are applied at first instance, whereas European law which is mainly contained in article 101 TFEU and article 102 TFEU are applied once an abusive conduct has been established; namely (1) when the is a legal vacuum, (2) as a construction tool for the new regulatory system (NRS) or (3) as an alternative when results are considered to be better achieved through this avenue, as it seems to be overriding.[2] In the Deutchse Telekom, the issue in dispute revolves around inter alia margin-squeeze. Margin-squeeze according to Carton and Sidak comes about when a vertically integrated company provides access to an indispensable input to a price that prevents the competitors from making revenue in the downstream market.[3] Although generic competition law does not directly prohibit margin squeeze in the given non-exhaustive list of abuses, such a practice can be deemed as a breach of article 102TFEU as confirmed by the general court.[4] Different methods are employed under both regulations for determining whether a margin squeeze is abusive.

Standards employed by both regulations when dealing with Margin Squeeze

On the one hand ´´Reasonably efficient operator´´(REO) standard is  largely preferred under sector-specific regulations on the ground that it spurs on competition, enabling  downstream operators that are not as efficient as the incumbent at  early stages to develop further in the believe that it will provide  eventual better conditions for the end-users .[5] On the other hand, the equally efficient standard(EEO) is  the test typically used ex post as evidenced by the Deutcshe telecom and Telefonica case, as their main focus is the protection of end- users.[6] Also, It is argued that it provides better certainty and efficiency than the REO, at least in the short run, since the incumbent company is used as benchmark for determining as to whether actual abuse happens. Furthermore, it rules out the potential risk of incurring additional costs to end-users for keeping afloat inefficient downstream operators. Hence, both sets of regulations seem to be at odds in margin squeeze, as the cornerstones of their standards are disparate, evidencing that its application can be problematic at times. However, the rationale of this interface is based on the idea of devising a smooth framework upon which competition law is used as an antitrust mechanism, whereas sector-specific regulation is tailored to work as a pre-emptive measure for anti-competitive behaviour.

Tensions between both regulations

The main conflicts in practice arise because the scope of the different authorities remains blurred in certain markets. The jurisdictional complexities between the NRAs, NCA and the commission are mainly witnessed in margin-squeeze cases where they are prone to overlap. The EU regulatory framework, largely contained in 2009 regulatory packet specifies that the sector-specific regulation should only apply in order to avoid market failure when competition law is proved not to be sufficient.[7]  Thus, EU law keeps a residual power that can be applied when sector regulations fail to prevent competition-law violations, as evidenced in the Deutsche Telekom case.  Although Telekom acted in accordance when the regulations given by the NRAs, it was held to be in breach of article 102 TFEU. Therefore, this case confirmed a lack of defense for undertakings when infringing EU laws; insofar they have discretion to further adjust their tariffs.  This has led to criticism as to the European Commission enforcement mechanism. As argued in Telefonica, this questionable practice undermined among other things the duty of sincere cooperation between both regulatory bodies, thereby contravening both the treaty and European Legal framework.[8] Furthermore, some commentators have argued that margin squeeze has been used by the European commission as a pretext for acting as a price regulator and to align the regulatory framework.  For instance, it has been argued that the decision in Telekom was a front for imposing the correct pricing in the commission´s view, thus they appear to be progressively re-regulating through competition law.  Other commentators have argued that the application of these regulations brings about uncertainty and unfairness, as when they are contradictory, leaves the dominant undertaking in a very feeble position.[9] Similarly, as evidenced in the telecom case the judgment given seem to concern more the regulator than the company itself. As argued by Auf´mkollk this expansion of competence through margin squeeze appears to have become an instrument of industrial policy,[10] as it enables the EU to build up the market as it pleases.

Yet, competing arguments claim that this increase in margin squeeze is merely the corollary of liberalization. Post Chicago School economist delved into the potential abuses that vertically-integrated companies could engage into, raising awareness in the community as to the need to settle this new contrariety. Furthermore, the right economic conditions for margin squeeze to come about were met in the newly- liberalized markets, since it was not a perfectly competitive market and the dominant market was acting in both the upstream and downstream market.[11] Thus, the main concerned of the commission according to this line of though appears to be avoiding leveraging dominance. Consequently, regulating the industry through the efficient-test was conceived as the most efficient measure to identify margin squeeze and preventing competition violations.  In short, liberalization of the market seems to be the catalyst of this new phenomenon, and a harmonisation as to the application of both set of rules is paramount to further develop an effective pan-European internal market. Telekom and Telefonica appear to have set precedent as to the application and scope of the respective rules, paving the way for a stronger internal market in which competition is prioratised.  This appears to mark a watershed that arguably will usher in a new era in European´s history, benefitting consumers with a larger spectrum of choices to lower price; provided the apparent consensus reached by the recent cases as to the application of ex ante and ex post is further underpinned by future case law in margin squeeze.

Directive 2009/140/EC S. (5) detailed that the purpose is a gradual reduction of ex-ante regulation as the market matures and reaches a certain degree of competition, thereby the future of these sector-specific regulations are subject  to a spectrum of theories which scrutinise its function as well as it significance.

It may be argued that the end of ex- ante regulation is an underlying assumption, as it entails a number of concerns. For instance, the capture theory argues that sector-regulation can lead to abuse by certain actors since they may seek to favour their interest. Government sometimes will hold a share in an incumbent undertaking, putting its gain at stake. Similarly, incumbent companies will strive to hamper the entrance of efficient competitors in the market. Depending on the country, they may find themselves in a position which allows them to influence the independent regulators.  Additionally, it can be argued that sector regulations were just transitory measures that complimented the European Competition Law while liberalizing the market, due to its greater flexibility and ex ante effect. This transitory trend of sector regulations has been repeatedly stressed by the Parliament, commission and council, as it function and scope was aimed to regulating specific markets, in which competition seemed implausible to be achieved  by ex post legislation. As asserted by Mario Monti, regulation remained to be the exception rather than the norm, as evidenced by the progressive reduction in the number of directives throughout the years. Thus, according to this line of though, sector regulations are deemed to phase out as competition evolves, as at this instance competition law will be sufficient to control the market, as arguably electronic communication market is not different with other sectors where primary legislation suffices.

Nevertheless, sector-specific has turned out to be an indispensable tool within the telecommunication market as a result of its greater expertise and adequacy when dealing with eventual controversies, as it takes a broader approach which encompasses miscellaneous factors when regulating. Furthermore, the intrinsic complexity of electronic communication challenges the idealized application of European general law, as this developing market will certainly loss certainty and efficacy, discouraging competition and inciting violation as a result. Thus, it can be argued that as it happened with the expected permanent duration the Federal Communication Commission in the US, sector-regulations seems to be primordial after 15 years and will most likely continue to stay.

Telekom case shed light as to the hierarchy and scope of these two set of regulations. European competition was regarded as overriding, being of great significance in cases of margin squeeze, as different goals seem to have being prioratised in accordance with the standards which have been respectively adopted. Therefore, the harmonised interface achieved after this case appears to be a great step toward an efficient application of the electronic communication sector.

[7]  Sector-Regulatory rules are applied under 3 set of circumstances: (1) the presence of high and non-transitory whether of structural, legal or regulatory nature; (2) the presence of a market structure such that the market does not tend towards effective competition within the relevant time frame horizon; and (3) the application of competition law alone would not adequately address the market failure(s) concerned.

[8] Namh christina gleeson, ‘Has Margin Abuse in EU Competiton Law Developed Because of the Liberalisation of the Network Industries in the EU’ [2013] 1(ENLR) European Networks Law and Regulations Quaterly 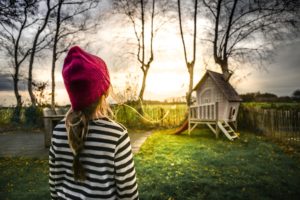 Buying a Property in Málaga. Tips and Recommendations!

Purchasing a property in Spain is a process which can become complex at times, among other reasons because numerous factors and 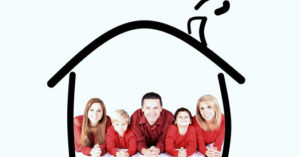 Process of Buying a Property in Spain

First, it is essential to carry out a preliminary check on the property toward ensuring that all documentation is in order and